Tennessee rapper Ty Brasel calls people to greatness on his new album’ Destiny: Vol. 1′. Staying true to his vibey, inspirational, unique hip-hop soundscape, he does not shy away from a more innovative approach while in tune with what people want. 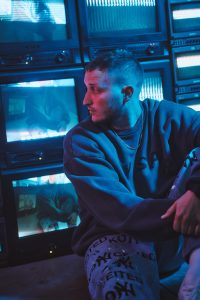 Aligned with the global theme of isolation and feeling stuck, Ty Brasel dedicates an entire project to empowering those who face their demons and are looking to achieve their goals. In the modern hip-hop days, artists like Ty Brasel are more vulnerable than their role models, especially pushing for a more raw, honest representation of male rappers.

Back at high school, Brasel got hooked on watching Wiz Khalifa’s ‘Day Today’ Youtube videos, and that’s when it hit him. He explains: “I knew that was the freedom I wanted for my life and just the ability to travel and see the world & impact people with music.”

When growing up, Brasel did not submerge in feeling lost and instead focused on writing: “I feel like I always gravitated to music. I wasn’t necessarily musically inclined, but I always had a gift for writing and feeling. I also felt very misunderstood and out of place, and music always felt like a safe place that I felt heard and seen”, he elaborates.

Brasel was in desperate need of role models for a young man in his prime, so he naturally turned to rappers he looked up to professionally. “It was a blessing and a curse at the same time,” he claims.

“I thought I had it all figured out,” Brasel regrets as he talks about being stubborn earlier in his life. Now, like most of us, he tends to contemplate and explore more standpoints. He elaborates: “Lately, I’ve been reflecting a lot on something a mentor told me “the greatest obstacle to understanding is the illusion that you already know.” I try to be open to growth and different perspectives.” 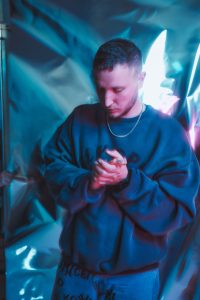 Rappers are storytellers. Ty Brasel is no different. When it comes to his songwriting process, he only commits to themes he feels connected to. “I usually lock in with my producers for a week at a time in a dope environment and just try to find inspiration. We create until something moves us, and then we run with it. I just kinda freestyle until I find a cool pocket, and then I focus on the lyrics and the right story to tell”.

The main driving force behind Ty Brasel mastery is his sense of community, and he purely wants to help people. “I want to be a source of encouragement and motivation for those people. That is something that really drives me deeply because I relate, and I want to help them overcome and achieve their goals”.

The newest Ty Brasel project titled ‘Destiny: Vol. 1’ carries a predominant message of hope and encouragement. Using his life story as a lyrical backdrop, Brasel speaks on struggles with addiction, life’s purpose, and confidence. He describes his album as follows: “It’s a story of pain and purpose. I wanted to communicate to people that they are special and are all called to greatness. I tried to use my story to inspire others to believe that about themselves”. 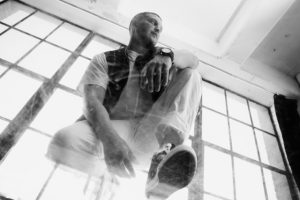 He continues: “A lot of people have experienced loss and tragedy over the last few years. Many feel stuck & hopeless. I just want to be a source of hope for people and comfort them through those tough times. Sometimes our greatest power is birth out of our pain”.

After two years of working on a different project, Brasel felt like the pieces weren’t connecting, so he moved on to ‘Destiny: Vol. 1’: “We just wanted to let loose and have fun on it. We recorded most of it in one week at the IVAV studio in Nashville, TN. The energy was special, and being around my producers, who are also some of my closest friends, meant a lot to me. It really helped me to connect in a deeper way with the music and the story I was trying to tell”.

What does the future hold for Ty Brasel? He confidentially answers: “I really feel like the messaging of Destiny resonated, so I want to continue to expand on that concept and dig deeper into my own life and bring out more experiences and stories to hopefully connect on a deeper level. So Destiny Vol. 2 will be out sooner than later”.