Belizean rapper Shyne burst onto the music scene in 2000 after releasing his infectious hardcore rap hits “Bad Boyz” and “Bonnie & Shyne”. Signed to Bad Boy Records, Shyne was warmly welcomed and loved for his raw rap style, which some said was reminiscent of the late Notorious BIG.

Shyne was immensely talented, and while signed to Diddy’s infamous record label, he wrote and performed on many multi-platinum albums such as Usher’s “Confessions”, Lil Wayne’s “Carter IV”, Mase’s “Double Up” and Puff Daddy’s “Forever” and more.

It seemed like being a successful rapper for Shyne was short-lived because, in December 1999, he was out in a nightclub with Diddy, where an altercation broke out. During the incident, shots were fired, and in June 2001, he was convicted of assault and handed a hefty sentence of 10 years in prison. His 2000 debut album was still a huge success, and he even continued to record music while incarcerated.

Upon his release from prison, Shyne was deported back to his homeland Belize in 2009. For many years things were quiet. His fans anticipated new music, but the innovator had other plans. Being back in Belize opened Shyne’s eyes to the opportunities he had and his position. Naturally a leader, he became passionate and determined to use his status and network to better the country of Belize.

Following in his father’s footsteps, Shyne got into local politics. He was appointed the country’s Ambassador of Music and was in charge of the sustainable development of the music industry in Belize. An initiative Shyne has donated hundreds of thousands of dollars to help develop. 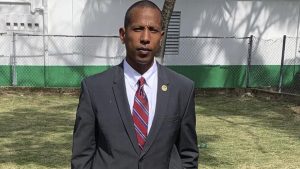 Shyne was successfully elected to the Belizean House of Representatives at the 2020 general election, and, as of July 24, 2021, he serves as the leader of the UDP party in Belize. An incredible turn of events for a young Belizean kid who grew up in Brooklyn.

Shyne is a brilliant example of a man with a purpose. He has evolved, taken control of his destiny and refuses to be held back by mistakes made in his past. He deserves all the support and blessings he is receiving. With each step, Shyne is building his legacy and proudly representing the beautiful country, Belize.

Right now, Shyne is touring the United States to build bridges and essential relationships for Belize, and so far, he is doing a fantastic job.

Shyne has a powerful story and will inspire millions of young black boys who dream of bettering their situation. We will continue to watch and support the Honourable Shyne Barrow’s journey through politics.

Luxury That Doesn’t Cost The Earth.

By admin 2 days ago

Shantel Jackson – Classy, Elegant & All About Her Business

#Pressplay▶ Sexy #YardVibes 💜💜💜 How Did