House of Maiya is an ethical clothing brand owned by Irish teenager Maiya Mcnogle. From a young age, Maiya had a deep passion for the environment and spent most of her childhood exploring nature and the ocean closest to where she lived. At the tender age of ten, she developed a love for drawing and designing dresses. Maiya then started experimenting with textures, colours and patterns when creating fashion from household items she found lying around.

“We didn’t have a lot of money, coming from a single-parent household. I began to use the fabrics and materials I found lying around the house.”

Maiya was inspired to created the House Of Maiya after her mum entered her into a fashion show to model. Maiya won the competition because she was modelled in the clothes she up- cycled and made herself. This win was a turning point in Maiya budding career as it inspired her to take her talent for designing seriously.

Throughout the early years of Maiya’s journey, it was not all plain sailing. The young designer soon realised being a young entrepreneur can be a lonely path to walk. Most of her friends went out and partying while she was stuck at home working on her designs. Maiya recalls there being many occasions where she felt like she wanted to give up altogether, but luckily she had some incredible people motivating her to continue and a support system that helped her to overcome obstacles. 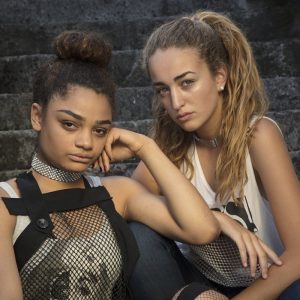 “I would say the biggest challenge I have faced would be keeping myself grounded and motivated a lot of the time it can be quite difficult running your own business at such a young age and staying motivated to keep going every single day”.

Maiya’s proudly shares that her designs are inspired by current world affairs. She likes to use her platform and fashion designs to spread awareness about everyday problems directly affecting her generation, focusing on climate change and social injustice.

“Nature inspires me, and I see my designs in dreams sometimes also. That’s how it was when I was little; I would dream about a design and then would find a way to bring it to life”.

One of Maiya favourite aspects of being a designer is the fulfilment she gets from seeing people happy and wearing her clothing. All her items produced ethically and positively spread awareness about sustainability and climate change. Being a positive role model is also crucial to the young designer, with one of her aims being to inspire and encourage young people to get out in the world and take a chance on their dreams. 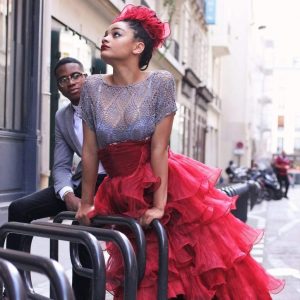 Inspired by her love of nature, and the protest at Standing Rock, in 2017, Maiya became a partner with Earth Guardians. Awakened to the importance of what the water protesters were doing impacted the young teen deeply. Now there are specific designs she makes where a percentage of the profits goes to the Earth Guardians organisation, so every time you support House Of Maiya, you contribute to the fantastic work Earth Guardians are doing worldwide.

“I was really touched by that situation and really wanted to do what I could to help. I became a partner with Earth Guardians, and subsequently the Ambassador in Ireland”.

Maiya hopes to collaborate with the iconic fashion house Alexander Mcqueen. She would also love to work with designer Iris Van Harpen, as she believes Harpen’s unique use of technology to create mind-blowing concepts would be a learning source for her.

“I would have loved to collaborate with Alexander MC Queen. His fearlessness and creativity were remarkable to me”. 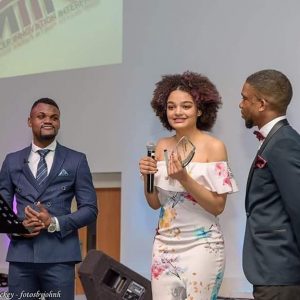 Maiya has a lot of achievements to be proud of, from opening her own studio, winning awards, being showcased at NYFW and being featured in international publication Vogue.

Maiya has produced a “How To Guide – Sustainable Fashion” Pamphlet distributed to over 20,000 classrooms in the US, and her business model was a finalist with the chamber of commerce for environmental awareness.

“I think I am most proud to be the Ambassador for Earth Guardian and to be working and collaborating with young people who really are paving the way and carving out a future, not just for themselves but also for everyone. Another highlight for me was when I was asked to recreate Superhero costumes for Aoibhean’s pink tie, an organisation that helps the families of children with cancer. It was for their campaign Fight Like A Child – it was such a humbling and amazing experience to have been part of”. 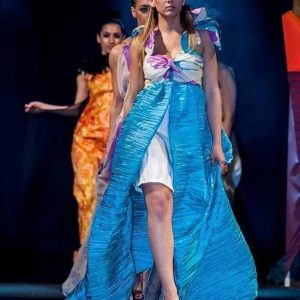 Maiya encourages young designers who want to create a fashion line to stay focused and authentic. As most of us have experienced, when you love what you are doing, you may struggle, but it will be worth it in the end.
“Don’t be afraid to do something that has not been done before because that’s where absolute excellence begins”.

Although we are in the middle of a pandemic, House of Maiya has big plans for the future, including a new urban collection which she is excited to share with the world.

“I have been invited to showcase at LA, Cannes, and Dubai. I am working on a new website, and some fantastic new collaborations are underway”.

“A wise mentor once advised that sometimes it is good to let people see what you have done, rather than telling them what you are doing. I now live by that rule. ”

LOVE THE BODY YOU’RE IN — FOR LIFE.

Made In London: Valentina Karellas