Why is it hard for society to accept black women who appreciate luxury – no other culture is shamed for liking and experiencing luxury. How do we change the perspective of society regarding black women and luxury items?

For some strange reason, women of colour are thought of as everything but desirable. We’re expected to be on the front lines, protesting and fighting for people of colour’s rights. We are often stereotyped for being single mothers, lazy, ghetto, or labelled an angry black woman. We’re told to be strong, be like the man, and carry the entire community on our backs.

Over the years, we have even seen black features and aesthetics desired and excepted on everyone but the black/woman of colour. Our naturally voluptuous figures, full lips, style, swag, and even colourful artistic nails are coined as ghetto until someone from a different race does the same thing. Then, it is praised as a groundbreaking art or fashion.

Throughout history, women of colour have been treated terribly. From slavery right up until today, we face prejudices for merely existing.  Everything about us is over-policed and criticised, from our hair to our confidence. Some people even believe we don’t feel pain.

Well, it’s 2020, and women of colour are learning to love themselves, demand more from the men in their lives, and put themselves on a pedestal. We are learning that it’s ok to be feminine and embrace our femininity. We can be soft, delicate, and beautiful. It’s totally fine to be classy, desirable, and experience luxury. We do deserve to be pampered and treated like princesses. We are women. We don’t all have to be strong, female warriors on the frontline caping for everyone because the truth is, who is caping for us?

Getting To The Bag!

So the designer bags all the celebrities and influences are going crazy for is the Hermes Birkin bag. Mainly due to its exclusivity. 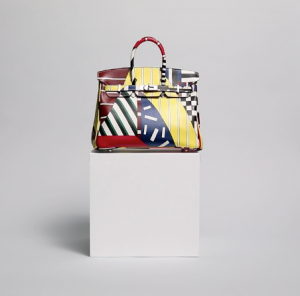 What makes the Birkin bags so unique?

Birkin bags are specially made purses designed with high-quality materials, including cow, lizard, luxurious ostrich, and various crocodile skin types. They are dyed with a wide array of colors and feature palladium or gold hardware that perfectly accents the bag.

Birkins are made by just one designer, who will put the bag together from scratch. The process is always handled with extreme care and precision and takes a long time to complete.

Celebs and models more commonly flaunt Birkin bags because they are a newer design created in 1981 and have become an incredibly desirable item. Birkin bags are incredibly exclusive and are not easy to get. You have to be well connected to get your hands on one of these luxury items.

These bags are undoubtedly a symbol of wealth, and the price can range from $10,000 to $150,000. Due to the Birkin bags exclusivity, now of the celebrities and their mamas want one.

Icy girl Saweetie took to Instagram, and in a short video with her superstar boyfriend, Quavo she said, “If he can’t buy you a Birkin or pay your bills, then throw him back to the streets.”

This caused an immediate uproar from men and some ‘pick me’ women. who were disgusted by Saweeties’ statement. All across the Internet, people verbally attacked the icy rapper, saying things like –

“But can YOU buy YOU a Birkin? Can YOU afford the lifestyle you are trying to live? Are you looking for a sponsor or a partner?” another fan tweeted.

Some racially charged comments also came into play during this debate with some Twitter users, saying that women of colour are depreciating the Hermes Birkin bag’s value.

Statements of that nature annoyed Cardi B and prompted her to chime in on the heated debate. Cardi came with some clear and concise facts saying that women of colour increase Hermes Birkin bags’ value.

The WAP rapper said – “Actually we add value cause when we mention brands in hip hop, they ‘shoot’ up,” she said.

“When Bodak Yellow came out, you can actually Google when they (Louis Vuitton) sales went up. Plus when I did ‘I Like it Like That,’ and I said ‘I like those Balenciagas, the ones that,’ look like socks’, they sh*t went up too, and that’s why they worked with me this year”.

Cardi also said – “regular girls” don’t have to break their necks to get a Birkin to please the Internet.

Migos rapper Offset visited the Hermès of Paris store on North Rodeo Drive in California Sunday night and spent US$128,662.50 on four bags.

Soon after, he took to Instagram and said, “Stop letting people on the Internet tell ya’ll who can get a Birkin at the store, and how many Birkin’s you can get,” he said. “Black people having access to luxury shouldn’t be a debate… by the way hip hop starts the trends!”

He also posted the receipt, which showed a $41,000 blue tote bag as the most expensive purchase and a $15,900 Sellier Rainbow piece as the least costly item he bought.

Hip-hop is the most influential music genre on the planet, and it’s no secret that when hip-hop artists or people of colour start endorsing luxury brands to their audience, the sales skyrocket. 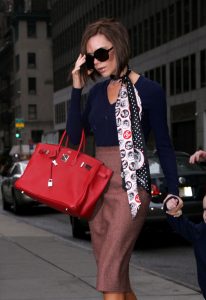 Women Of Colour Deserve Luxury Too!

Cardi B & Offset echoed my thoughts exactly. Why is it so upsetting to see women of colour enjoying luxury? We are the only group of women who face such scrutiny. Saweetie’s rich boyfriend bought her the Birkin bags. Saweetie was taught to put herself on a pedestal, and she knows that she is the prize. Her rich boyfriend maintains her lifestyle and buys her expensive gifts because he wants to. He can afford it, and he loves his woman.

It’s as if we can only be associate with poverty and struggle. We start getting access to exclusive luxury items, and all of a sudden, it’s being depreciated to some racist people.

When we can afford the luxury we want, we are accused of bragging and are told to be humble. Middle eastern and caucasian women wear designer clothes and flaunt their wealth all the time, whether it’s their husbands’ wealth or if they made it themselves. They are never criticised for enjoying a life of luxury. Victoria Beckham owns nearly 100 different Birkin bags, reaching a grand collective total of £1.5 million, and no one bats an eye. 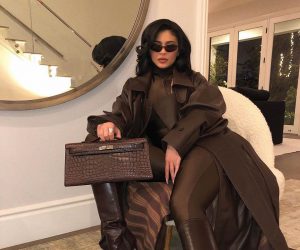 Women from other cultures don’t face the same criticism. Why are women of colour who want to be looked after deemed a gold digger, but in different cultures, it is the man’s natural place to take care of his woman?

I am glad Saweetie, Beyoncé, Cardi B, Nicki Minaj, Kandi Burruss, and many other black women live luxurious lives. They deserve it. We all deserve it, and we are worthy of being looked after and protected.

It’s a new era. Yes, we work hard, but we will also put our feet up, sip champagne, and be catered to as a queen should. Why? because we can, and we deserve it too. Please stop trying to humble black women. We need to normalize black women having luxury.

Lastly, don’t live above your means or do illegal activities to keep up with the Jones. If you can afford a Birkin, incredible, but if you can’t enjoy the luxuries you can afford. As long as you are being respected and treated well by the man in your life, I am happy. Women of colour deserve luxury too.