Alfred E. Rutherford is an independent actor with an impressive resume. A seasoned performer who wows the crowd, whether on the big screen or performing live on stage. He has starred in movies alongside internationally known actors and was nominated for an NAACP award. Here we catch up with the determined creative to find more about his artistic process, favourite directors, future projects and more. 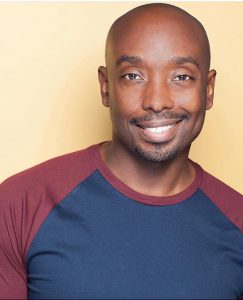 1) What inspired you to become an actor?

I can’t really say that I know what inspired me as much as me saying that it came naturally to me. Natural to me in the way of me saying that it choose me I didn’t choose it. You often hear actors talk about the acting bug, that first time you act, and you just know, well that’s the way it was for me. At an early age from the first time I stepped on stage, I just knew, but I was sidetracked for a while because I Loved sports so I would do plays as a kid and all this creative stuff, but I didn’t take it seriously because it came so natural to me and at the time my mother was not trying to hear that I wanted to be an actor. She is from the Bahamas and like most Caribbean parents, education is the only thing they want to hear, Lol. It wasn’t until later on I realized that I’d been an Entertainer/Actor my whole life, and that was my path, and I’ve been on that path ever since.

(2) If you could collaborate with any director who would it be and why?

That’s a very tough question because there are so many great and legendary directors out there, but if I had to choose one, then I would have to say Antoine Fuqua (Training Day, Equalizer) because I love what he has been able to do with movies like Training Day and Brooklyn’s finest. Another reason is, I wanted to audition for a film that he was supposed to be directing, and he was looking for an up and coming actor, so my agents were trying to get me in for the project, but the project had stalled, and there was no word on what was happening. One day I’m in LA, and a friend of mine asked me to go to CVS with him, and I’m like cool. So we get in the store and from a distance, I see the back of this guy’s head, and I say to myself that’s Antoine Fuqua, but then I’m like Nah you just want to get that role so bad you are seeing things. So its time to pay for the item and this guy is in front of me, and normally I wouldn’t say anything, but I’m like its a possibility that you could skip all the red tape and talk to him yourself and I had nothing to lose to I say while he is in front of me on line “Excuse me, but you really look like Antoine Fuqua”, and he turns around and says “I am Antoine Fuqua”. Crazy!!!! Because he was really cool, he asked if I was in the business and I said yes that he was just the person I needed to talk to. I explained to him about the movie, and right away, his eyes became more aware and attuned. He told me that the project was in limbo and that he might have to set aside, but he said if I do it, I will call you in to come audition, give me the email to contact his people, and remind him about our conversation. He ended up stepping aside and not doing that project, but I loved how real and honest he was about the whole thing. 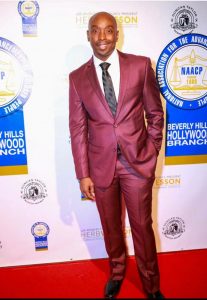 (3) You have a fabulous presence on the screen, it shows you are naturally talented, but what else can you say contributed to your success?

So in Europe, they still have Kings and Queens, but mostly that is a thing of the past, Celebrity is the new form of royalty, so that makes the entertainment business the most competitive industry in the world because everybody wants to be a star, everyone wants to be famous. For me, I attribute everything that I have achieved up until now to my faith in GOD. I don’t believe in luck, at least not in a traditional sense but let’s be honest what makes one person successful and not the other person? Talent? I mean, we all know that the most talented aren’t always the most successful, so I attribute any success I have to GOD. I would also be remiss if I did not even mention my Mother and my Grandmothers, a lot of strong women who shaped me and cared for me.

I try to get all information about the writer’s character, but sometimes the writer is not available, and I’ll talk with the director. Just try and get the background story of that character and shape his world. I’m more of a method actor, so I try my best to come close to a living breathing representation of that character. So I give him a back story that works in conjunction with what I know from the story, give him a walk a talk a mindset, just become that guy. 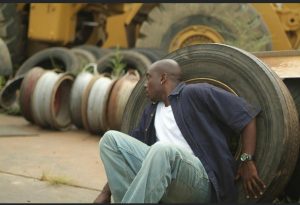 (5) Looking at your credits, I see that you have starred in movies and live theatre productions, which one do you prefer to do more and why?

Wow tough question, Hmmm. They are a different medium, and just because you’re good at doing one doesn’t make you automatically good at the other. I started out doing small productions as a kid, so theatre is my foundation, but I love film!!! I love how you can make movie magic with film and with the film you can suspend reality with the camera. It has always been my belief that you hone your skill/craft as an actor by doing theatre because there are no second and third takes and the audience can tell right away if you have chops or not, you can’t hide your skills on stage whereas a movie/tv you can get 1, 2, 3, unlimited amounts of takes and the performance can be enhanced in the editing room. I’d like to think that I am one of those rare actors that can walk in and out of both worlds, so much so that I received an NAACP Nomination for Theatre which is my biggest nomination to date. 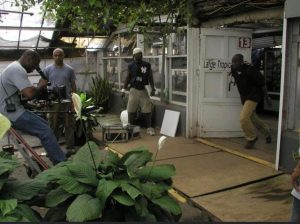 (6) What are your thoughts on the independent movie scene in the USA?

I believe it is genuinely under-appreciated because when I talk to my European friends and European artists, they have such respect for the actors and the process, I mean they genuinely respect the art. Here in the USA, we are so celebrity-driven that if you say independent film to someone, they want to know if there is anybody famous in it, not how good the film, acting or cinematography is but is there anyone they recognize. Also, there is a significant disparity, and I hate to classify in these terms, and this is where socio-economic disparities come in, but there is a difference in White independents, and the Black independents and I know the biggest issue has to do with money or lack of. If there is one thing that always saddens me is that the black indie artists don’t have the funds to do projects that would even be considered an industry standard. I’m just stating the obvious, and if you are in the film industry, you know that to make a film is expensive and often minority filmmakers don’t have access to capital like that. Many of my friends are filmmakers/directors and to m,e these are some of the most courageous people on the planet because they have absolutely no real financial security and stability yet are still creating.

(7) If you had to pick your cast for a drama who would it be and why?

I would have to go with Al Pacino, Denzel, Angela Bassett, Meryl Streep, Don Cheadle, Viola Davis, Christopher Walken, Haley Berry, and Wesley Snipes. Why? I mean look at my list, that’s a lot of firepower, Lol!!!! 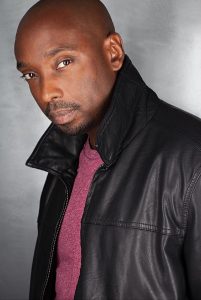 (8) Can you share the biggest challenge you’ve had to overcome since becoming an actor?

The biggest challenge for many actors and me is the inconsistency of it all, its like a roller coaster. When you’re busy you are busy, and everything is moving fast but then when it slows down, or you don’t know where the next job is coming from or when it takes a lot of mental fortitude stay focus and ready because you never know when you’re gonna have to be on. That’s why I think it’s important for actors to become creators and produce their projects. You will be creating opportunities for yourself and others instead of waiting around, and also you learn the business aspect of the show, that’s why its called show business.

(9) To date, what achievements are you most proud of?

As an actor, I’ve won some awards, but I think that when I was nominated for an NAACP Award, that stands out the most even though I didn’t win. I’m just getting started, though.

(10) Who are your artistic influences? 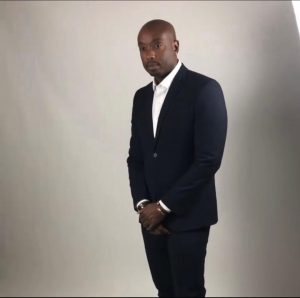 (11) If there was one film that you wish you starred in what would be and why?

I’m also a martial artist, so I’m gonna say, Black Belt Jones. The late Jim Kelly was a hero of mine, and when I was a kid, my mother and my uncles would watch black belt jones, and I was like wow. I wouldn’t so much want to star in that as I would like to star in the remake now.

(12) What advice would you give aspiring actors who want to get into the entertainment business?

Make sure you are doing it for the right reasons and not superficial ones like fame because if you do it for that, it’s going to be a frustrating journey. Do it because you love it, it makes you feel alive, and you’re passionate about it. Learn the business and don’t wait around for other people to give you opportunities and if there aren’t any opportunities for you, create them for yourself. We are in the middle of an entrepreneurial revolution there aren’t any excuses as to why you can’t do what you want to do, it might be difficult, but all things worth having are.

You can expect to see me in the Last Champion starring Cole Hauser, I’m in pre-production right now for the Popous Pane movie. Popous Pane is special to me because we did it as a short film like 6 years ago and it was critically acclaimed and was on HBO for 2 years. Now we have decided to do the feature film, and I’m really excited about that.