Some people make a change so great that decades after they have departed, we are still benefiting from their worldly contributions.

Here we take a look at 5 innovative and ground-breaking entrepreneurs who changed the game. 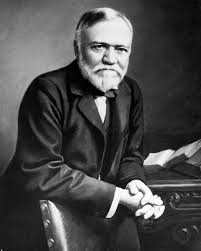 Andrew Carnegie is an amazing example of entrepreneurship.

Coming from humble beginnings Carnegie did not have it easy growing up. Luckily for us all, his hardships only served as a solid foundation for him to build his empire. It is documented that he spent his childhood working in factories, and regularly had to force himself to sleep as a way to forget his constant hunger.

The young Carnegie got a job at the Pennsylvania Railroad Company and worked his way to the top before creating several of his own businesses. The most successful business was the Carnegie Steel Mill turning him into one of the richest Americans of all-time.

True to his belief “the man who dies rich dies disgraced,” Carnegie donated nearly 90 percent of his wealth to various charities and foundations. His generosity knew no bounds and he is widely considered one of the largest benefactors of libraries and educational institutions across the United States. Now that is how you empower a nation. 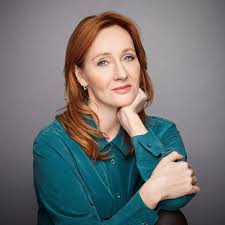 Today J.K. Rowling is a household name for fans of the magical Harry Potter book series, but she wasn’t always overflowing with the special sauce. The truth is, J.K Rowling felt at the end of the road before her captivating crew of witches and wizards gave her a new lease on life. Before her bestseller cast its spell on readers, J.K. Rowling was living on benefits and struggling to survive as a single mother.

Today Rowling is estimated to have a net worth of £1 billion pounds. 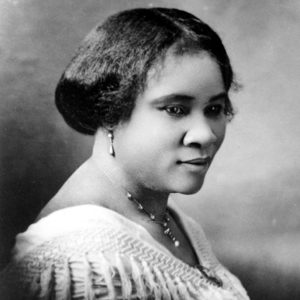 Sarah Breedlove (aka Madam CJ Walker) was one inspirational lady. She is known as the first black female self-made American millionaire.

With her family coming from heart-wrenching beginnings – her parents and older siblings had been slaves on a Louisiana plantation. CJ Walker was born in 1867 and was the first person in her family to be born into freedom.

Madam CJ Walker started her line of beauty and hair products specifically designed for black women in America. She saw a market that was not being met in any shape or form. This inspired her to find (or create) a solution to a problem no one else was interested in solving.

While on her entrepreneurial journey she had to vigorously fight for every step up the ladder. A smart, strategic, and enterprising woman, she perfectly embodies the entrepreneurial spirit. We thank Madam CJ Walker for her contributions. 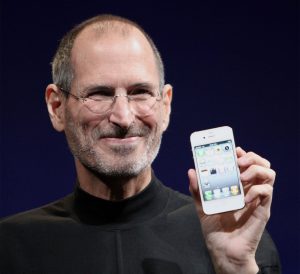 It’s kind of hard to speak about “innovative entrepreneurs” without mentioning Steve Jobs. Steve dropped out of college because his family could no longer cope with the financial burden of his education. He unofficially continued to audit classes and lived off free meals from the local Hare Krishna temple. He also made little money by returning Coke bottles for change just to get by. Steve has credited the calligraphy class he accidentally stopped in on as his inspiration for the Mac’s innovative typefaces and font design.

Jobs went on to have a career most of us entrepreneurs can only dream of. He formed the Apple Computer Company with his childhood friend and electronics expert Steve Wozniak. Because of his contribution to technology Steve is often referred to as “The Grandfather of the Digital Revolution,”. Steve and his team at Apple literally changed the consumer electronics industry forever. At the time of his death, his net worth was over $8.3 billion, and his influence and contribution will be enjoyed for many generations to come. 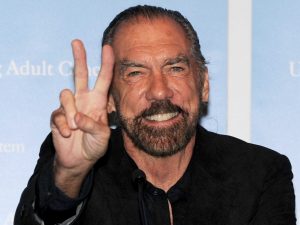 Today he’s known for his Paul Mitchell hair products and Patron Tequila, but John Paul DeJoria started at the bottom in less than favourable circumstances. A first-generation American, DeJoria was born to Italian and German parents. As a child, he was sent to live in an L.A. foster home and even spent time in a street gang.

When John Paul first created John Paul Mitchell Systems, he sold his hair products door to door while living out of his car. With only $700 to his name, John Paul DeJoria teamed up with friend Paul Mitchell and launched a revolutionary hair care system featuring three products.