During my time in the ambulance service, I did see SCD, it was hard for me to not have all the tools to help someone when they were in pain and I felt useless that I couldn’t stop their pain, however, I decided to research it so that I could understand this painful disorder.

What is Sickle Cell Disorder (SCD)?

It is a blood disorder that is a genetic issue, you can be a carrier, which means you can pass on the trait of SCD to your children but not have any symptoms of the disease. Both parents have to have the trait for a child to then have the disorder.

Normal age of any issues start around 6 months, 1 in 15 black people will be a carrier, 350 babies are born with the trait in the UK every year, half of the babies will have the trait (sickle cell society.org) and can have a shorter life expectancy at times due to long term health issues arising from the disease.

Blood cells that are normal shape in everyone else are distorted in their shape with people that have SCD. 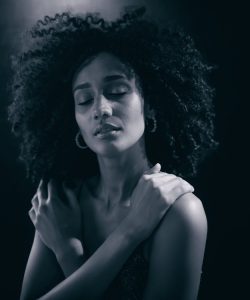 What does this mean?

This results in periods of great pain known as a “crisis”, the blood cells cannot move through the artery properly. It’s like trying to fit a square box into a circle box.

If you think about the fact that oxygen is not moving freely in the body to the brain and other organs, this is why people with SCD can also have a higher risk of stroke, cardiac issues, damage to organs like kidney failure, And lower bone strength meaning more broken bones.

As everyone is different it makes treatment difficult as one person’s treatment may not be the same as another. So one drug may work for one person but not the next.

Is there a cure?

Yes, for some a bone marrow transplant is possible but because SCD is Predominantly an Afro-Caribbean, Middle East, Asian, and Mediterranean descent. These groups are only 1% of all groups of people giving blood in the UK. So, there isn’t enough bone marrow available.

Famous people with the disease include an NFL running back -Tiki Barber, Miles Davies-jazz singer, a member of the prodigy group.

Be armed with education and own your body and treatment plan.

Michelle Williams opens up about decades-long battle with depression