Stormzy burst onto the Grime scene back in 2013 with his energetic Wicked Skengman freestyles which soon cemented him a spot of the UK’s top MC’s. Since then his career has steadily gained momentum, earning him multiple awards and accolades including Ivor Novello, The Brit and Mobo awards, and was BBC artist of the year in 2017. Below are 11 facts you need to know about the UK’s favourite Grime MC.

1. The rapper is like a friendly giant standing tall at a whopping 6ft5. 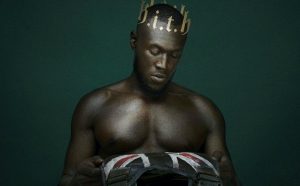 3. He is one smart dude, Stormzy left school with six A* GCSE’s. Nice one!

4. Stormzy is a man of faith and proudly expresses his religious beliefs in his music. It is widely believed he is Christian.

5. In November 2018 he published his first book, Rise Up, through the Merky Books imprint that he launched with Penguin. 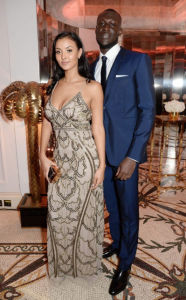 7. He was in a long term high profile relationship with the boss babe and presenter Maya Jama. The couple called it quits in August 2019.

8. Shut Up’ is the first freestyle to reach the charts. After the freestyle received 17 million views Stormzy official released it as a single, the track reached number 8 on the UK charts.

9. He was the first unsigned artist to perform on the popular Saturday night tv favourite – Later With Jools Holland. The MC performed “Not That Deep”.

10. Stormzy is a smart and savvy businessman and has accumulated a lot of wealth. Its reported he has an estimated net worth of £16m