Thousands of women have made significant contributions to science throughout history. Despite having to face many barriers and obstacles, they all overcome triumphantly and have earned their rightful place in world history for their contributions to the advancement of modern science.

Here we have created a list of 6 women who we find rather remarkable. From their inventions, miraculous mathematical genius minds or their new scientific discoveries & cures we are so here for celebrating all the women who make science great. 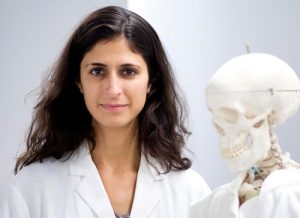 1) Nina Marie Tandon (pictured above) is an American biomedical engineer. Nina is the CEO and co-founder of EpiBone, the world’s first company growing bones for skeletal reconstruction. She currently serves as an adjunct professor of Electrical Engineering at Cooper Union and is a senior fellow at the Lab for Stem Cells and Tissue Engineering at Columbia. Tandon holds three patents and she also co-wrote Super Cells: Building with Biology. 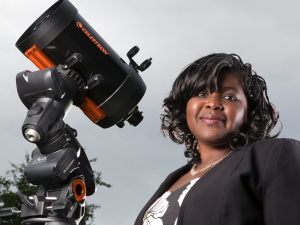 2) Margaret Ebunoluwa “Maggie” Aderin-Pocock, MBE is an English space scientist and science educator. She is an Honorary Research Associate at University College London’s Department of Physics and Astronomy. Margaret also co-presented the long-running astronomy TV programme The Sky at Night with Chris Lintott. 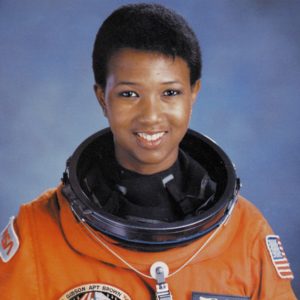 3) Mae Carol Jemison is an American engineer, physician, and NASA astronaut. Jemison was the first African American woman to travel in space when she went into orbit aboard the Space Shuttle Endeavour on September 12, 1992. Mae attended medical school and later went on to serve in the Peace Corps from 1985 until 1987. That same year Mae was selected by NASA to join the astronaut corps. She resigned from NASA in 1993 and founded a company The Dorothy Jemison Foundation researching the application of technology to daily life.

Mae is no stranger to Hollywood having appeared on television several times, including as an actress in an episode of Star Trek: The Next Generation. Jemison

is also a dancer and holds nine honorary doctorates in science, engineering, letters, and the humanities. She is the current principal of the 100 Year Starship organization. 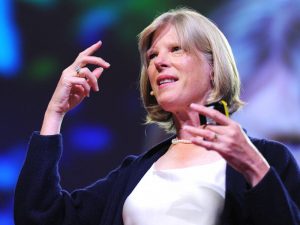 4) Cynthia Jane Kenyon is an American molecular biologist and biogerontologist known for revolutionizing our understanding of aging. Kenyon is also a professor at the University of California, San Francisco (UCSF).

Her biggest breakthrough to date was figuring out that there’s a “universal hormonal control for ageing”: carbohydrate intake, which can have a major effect on how two critical genes respond, reducing insulin production and boosting repair and renovation activities. Cynthia’s theory has proved true for worms, mice, rats, and monkeys, and believes the same method will apply to humans too. Cynthia is proving that through scientific discovery a longer life for humans can be on the cards. Watch Cynthia’s Ted Talk ‘Experiments That Hint Longer Lives’ here. 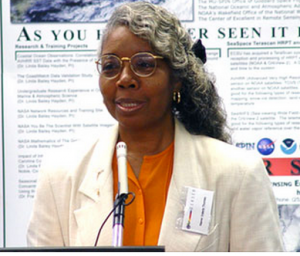 5) Valerie L. Thomas is an African-American scientist and inventor. She invented the Illusion Transmitter.

Valerie had a keen interest in math and science and developed them during her college years. After graduating with a degree in chemistry, Valerie accepted a position at NASA. She remained at NASA until her retirement in 1995. During her time at NASA, Thomas received a patent for an illusion transmitter and contributed significantly to the organization’s research efforts. 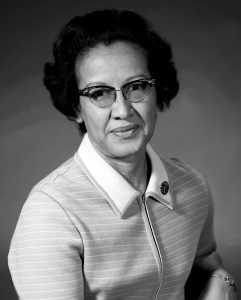 6) Katherine Coleman Goble Johnson is an African-American mathematician who made significant contributions to the United States’ aeronautics and space programs with the early application of digital electronic computers at NASA.

Known for her accuracy in computerized celestial navigation, she conducted technical work at NASA that spanned decades. During this time, she calculated the trajectories, launch windows, and emergency backup return paths for many flights from Project Mercury, including the early NASA missions of Alan Shepard and John Glenn, and the 1969 Apollo 11 flight to the Moon, through the Space Shuttle programme.

Her calculations were critical to the success of these missions. Johnson also performed calculations for the plans for a mission to Mars. In 2015, Johnson was awarded the Presidential Medal of Freedom. In 2016 the award-winning film Hidden Figures was released and stars Taraji P. Henson as Katherine Johnson. The film is about Johnson, a mathematician who calculated flight trajectories for Project Mercury, the many barriers she had to overcome and her undeniable role in helping NASA complete various space missions. The film also features Octavia Spencer as NASA supervisor Dorothy Vaughan and Janelle Monáe as NASA engineer Mary Jackson, with Kevin Costner, Kirsten Dunst, Jim Parsons, Glen Powell, and Mahershala Ali in supporting roles.

Avoid ‘Target Fixation’ and steer where you want to go

By admin 3 years ago