The newly released film Blue Story has found itself in the centre of controversy.

The film has been pulled by two chains of cinemas following a mass brawl at a cinema in Birmingham. A gang of youths, some allegedly armed with machetes, fought at the Star City cinema on the weekend of Blue Story’s release. The brawl left seven police officers with minor injuries.

Due to the unrelated brawl, The Vue cinema decided to ban the Blue Story movie vowing not to screen it in their cinemas. However, their decision was swiftly followed by a strong backlash as online by movie-goers gave their support online and even got the hashtag #NoBlueNoVue trending. After this, the Vue Cinema soon changed its stance on the matter and decided to put the film back on its cinema’s screens across the nation. 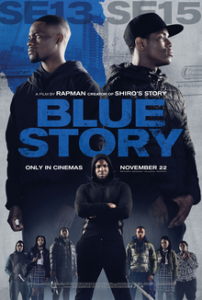 What is Blue Story?

Timmy and Marco become close school friends in Peckham but live in different postcodes, which have rival gangs.

Their friendship is tested by the rivalry and they end up on opposite sides as violence between the two factions increases.

Why is it controversial?

It’s never easy being a young black man trying to do the right thing. Sometimes it seems the system does not want young black males to do good, at almost every turn theirs a barrier.

Certain south London councils banned the makers from filming violent scenes in the area, forcing large parts of the film to be produced in Enfield. Director Andrew Onwubolu spoke out about the decision to block them filming, telling the Guardian: “No one in [London mayor] Sadiq Khan’s office read the script! The heart of the film is that the good times only exist before the violence. “If you see my film and tell me afterwards I’ve glamorised gangs, I’ll know you’ve just been sitting there on Instagram.”

He said this in response to the criticism received in some sections of social media. Some people believe that the film inadvertently glamorises gang violence and knife crime.Onwubolu, aka Rapman, is adamant the film’s central message is love, not violence.

Rapman makes his feature film debut with Blue Story. Originally from Deptford, Rapman shot to superstardom after the release of his three-part musical thriller Shiro’s Story. Shiro’s Story has become an Urban classic and has raked in almost 20 million views on YouTube. The trilogy caught the attention of celebrities all across the world, including rapper Jay-Z who then went on to signed Rapman to his Roc Nation label.

Shiro’s Story shares many similarities to Blue Story but is told through rap and influenced by his own life experiences. “I want less kids on the street killing each other,” Rapman told MTV in a recent interview. 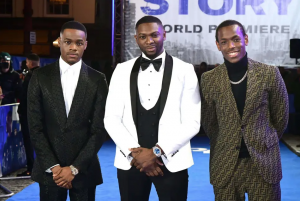 The film has a mix of established and new actors. Marco is portrayed by Michael Ward, who is best known for his role as Jamie in Top Boy.

Timmy is played by Stephen Odubola, and Karla-Simone Spence stars as Leah.

What critics have said?

The Guardian gave the film four stars, stating: “The documentary-style iPhone footage and TV news clips about gangs, guns and knife crime that bookend the film reinforce its message.”

Meanwhile, Empire offered a three-star rating, pointing out the film covers plenty of old ground when it comes to gang wars.

“It’s a well told story with a worthwhile, if not especially revolutionary message,” says the review.

BBC Films defended its product, saying Blue Story is an “important film”, which aims to show the “futility of gang violence”.

A spokesperson for BBC Films said: “We are appalled by the incident at Star City and our thoughts are with all those affected by it.

“It’s an important film from one of the UK’s most exciting new filmmakers which we’re proud to be part of.”

What politicians have said about the film being banned?

Speaking to ITV News Ms. Morgan said: “I think it’s absolutely right that cinema chains should make the decision about the films that they want to show, but if there are concerns actually a film is leading to violence to somehow overdramatising or making somehow more glamorous the lives of gangs, and that is a concern.

What have cinema chains said about their decision?

Vue Cinemas, which runs Star City, issued a statement about its decision to stop showing the film.

“The decision to withdraw Blue Story was not one taken lightly or without careful consideration of our experience across the country. The film opened in 60 of our sites across the UK and Ireland on Friday 22nd November, but during the first 24 hours of the film over 25 significant incidents were reported and escalated to senior management in 16 separate cinemas. This is the biggest number we have ever seen for any film in a such a short time frame,” the statement said.

“Despite a range of precautionary measures in place, including increased security, removal of late-night showings and reduced screenings of the film, the decision to withdraw Blue Story in its entirety was made on Saturday evening on grounds of safety alone. While we are disappointed that these are the actions we have had to take, we hope it is understandable that we cannot, and will not, take any risks with regard to the welfare and safety of our staff and our customers. Unfortunately, the actions of a significant few have spoiled the opportunity for others, but we stand by our decision to withdraw the film from our schedule indefinitely.

“This decision is not, as some have alleged, based on biased assumptions or concern about the content of the film itself. At Vue, we believe passionately in bringing people together and using the power of the big screen experience to entertain, educate and inspire all of our audiences. Blue Story is a fantastic film and one with a very powerful message. It is a film that has the opportunity to change lives. We hope that Blue Story achieves the success it deserves and importantly its message does not get lost.”

We tell the youths, do better in life, be productive, and use your talents. But when they do exactly that, if they aren’t using their talents in a way comfortable for others to digest then they get shut out and stepped on.

Out of all the violent films shown in cinemas over the years we have never heard of a ban because a film incites violence. Almost every movie we see pictures horrific, sadistic, even satanic violence. Violent movies are nothing new.

I believe the Vue’s initial decision to ban Blue Story was sprinkled with racial bias and deep-rooted stereotypical beliefs about the audience the film attracts and the message of the movie. I guess what I’m trying to say is…give all movies an equal chance. I mean – you’re hardly banning psychopathic thrillers because it may inspire more psychopathic killers? Because if this was the case and Cinemas were concerned about movies glamourising violence, half of their catalogues would have to be removed from their screens too.