Today many terms are used as a popular hashtag to describe situations or moods that we can all relate to. Inspired by the hashtag #CoupleGoals, we take a quick look at why Ciara and Russell Wilson are just that.

Ciara is a talented singer, dancer, and songwriter. She is also a doting mother of 2 adorable children Future and Sienna. Being a celebrity and going through a public break up must be hard, but when you overcome the storm and get the greener grass on the other side, you’re more than happy for the world to watch as you level up.

The Future’s Bright…Or Is It? 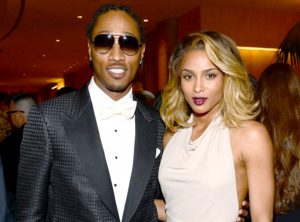 In 2012 the singer was working on her fifth studio album Ciara, she was teamed up with the rising star at the time Future aka Nayvadius DeMun Wilburn. The chemistry in the studio was electric, and the two started dating. Future appeared on “Where You Go” and the “Body Party” remix off the album. Future left no stone unturned when trying to get Ciara and she quickly fell head of heels for the Dirty Sprite rapper.

“He is an amazing guy,” “He is really a gentleman, and I don’t want to say too much, and then he’s like, ‘Babe, you’re saying a whole lot,’ but he is just an amazing man. It’s like when we were working on the personal side of things; I saw a fantastic person and how he approached me since day one is just the way a man is supposed to be from my perspective.

“I didn’t expect anything to come from us working together. I didn’t even know what to expect from going into the studio with him, and then we began to meet each other, and everything just began to flow. He is cool—like he is my friend too. So I felt something really unique from the beginning and then it just organically went this way.” – Ciara said in April 2013 on The Qdeezy Show on Philadelphia’s Hot 107.9.

A few months into their relationship Ciara was pregnant, and on May 19 2014, she had her first child Future Zahir Wilburn. The couple celebrated their child’s birth but enjoyed only a short time happily engaged before everything quickly went south.

Ciara always made it clear that she wanted to get married while Future was not ready to do so. After months of trying to make their relationship work, the two artists decided to part ways. Unfortunately, since their separation, Ciara and Future have not been able to co-parent peacefully.

Following their breakup, Ciara and Future have had many public spats, been in and out of court and taken petty shots at each other via social media, even though homegirl Cici has a very classy way of doing so. Future has a reputation with the ladies and is used to women not ever leaving him no matter what he puts them through, so it was refreshing to see that Ciara refused to accept the “BS”. 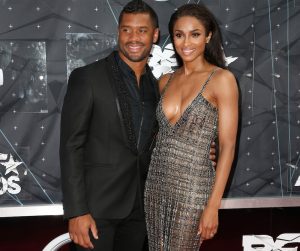 In 2015 Ciara started dating Russell Wilson an American Football player and quarterback for the Seattle Seahawks. Russell appears to be the complete opposite to Future. He’s respectful, loving, compassionate and seems to be a one-woman man. Most importantly, he makes Ciara very happy and treats her like a Queen.

When Ciara first got with Russell, the Internet and Future had a lot to say about the quiet quarterback. He was often referred to a corny or lame because he was not the usual pro athlete/celebrity wrapped up in material items, groupies and his ego. Let’s be clear Russell got the money to flash like the rest of the ballers but is more low-key and conservative with his wealth. Russel has a football resume that will make you feel fit and healthy just by reading it, and on April 15, 2019, Wilson signed a four-year, $140 million contract extension with the Seahawks, making him the highest-paid player in the NFL.

Ciara and Russell quickly fell deeply in love, and the god-fearing couple tied the not on July 6 2016. The new power couple welcomed their beautiful baby girl Sienna Princess Wilson into the world on April 29 2017. 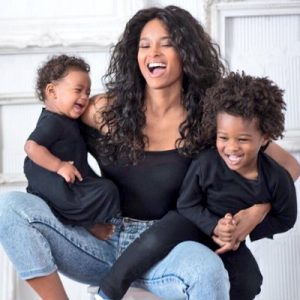 Sienna is Russell’s first child, and he couldn’t be more loving and supportive. After Sienna’s arrival, Russell was ecstatic capturing each precious milestone with his phone and sending the photos to his closest friends. “He keeps gushing about her,” an insider said. “He jokes and says, ‘I will never let her out of my sight.'”

Russell is an amazing dad to Ciara’s first child Future Zahir, being the perfect role model and showing Cici’s lil man the love, support, and guidance he needs.

Russell does what it takes to keep his woman happy, he proudly shows his devotion and loyalty, making the “Level Up” singer fall more in love with him every day. “He’s been such an incredible father since day one,” Ciara told E! News earlier this year at Pandora’s new Mother’s Day Collection launch. “He’s so loving and very patient. He also likes to have fun—he’s very spontaneous, and we have a good time as a family.”

Even the late nights and endless nappy changes didn’t stop Russell from going all out for their first anniversary last July. 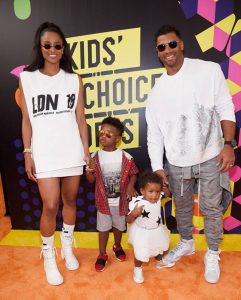 Russell has always been the type of man to use his fame and fortune to do good and help others. Every Tuesday he visits the Seattle Children’s Hospital, and calls his Tuesday outings “the best day of the week for me,”. “since I get to see the kids. I’m praying for a glimpse of hope for them.” Wilson said in a recent interview with GQ.

It’s a weekly activity he and Ciara enjoy doing together. The couple also works with the Why Not You Foundation, a company that partners with other organisations supporting children’s health, education and access to the arts. “It puts things in perspective, and it’s a beautiful thing. We both really enjoy that, and I think there’s no greater feeling than knowing that you’re actually making a difference in someone’s life.” – Ciara told E! News. 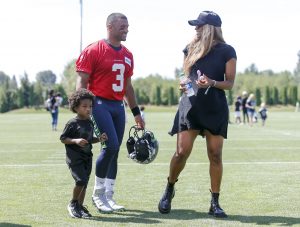 While Ciara and Russell’s relationship is relatively new, we are happy that she is a perfect example for young women teaching them to know their worth. She didn’t settle for Future and loved herself enough to realise she deserved better. Like any other couple Russell and Ciara have good days and bad days but what is clear is that they genuinely love each other. You can see from their IG photos that they spend lots of quality time together as a family. Ciara has always been a good girl and is known as the Princess of Crunk & B. We are happy that she has finally found her Prince Charming. We wish them both nothing but the best!