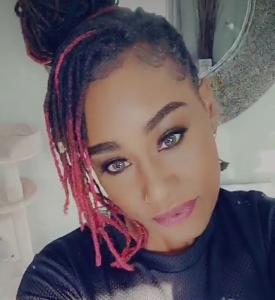 Hi, I’m Melanie with over 20 years experience in hairdressing perfecting my skills as a loctician over a decade. I will be informing you about everything you’d want and need to know about dreadlocks and Afro Hair.  Touching on trends, styles, celebrities, culture, spiritual awareness, interviews and much more….

So dreadlocks, locs, Jata and the not so loved name by a Rasta ‘dreads’ (never call a Rasta mans ‘dreadlocks by the name ‘dreads’ word of advice!) date back by reference to over 4000 years ago. Over the centuries dreadlocks have been worn for various reasons in each culture whether it be for spiritual convictions, political statements and deep religious beliefs, expressions, with the addition of ethnic pride and most recently as a statement of freedom.

More commonly now, the trend for wearing the Afro Hair has been on the rise becoming very popular and super trendy inspiring more and more people to take the plunge to ditch the weave and jump on board the glorious train of Team natural!  Embracing the freedom of the natural afro hair and then tuning into the creativeness of art only naturally leads to the exploration and progression to dreadlocks through this movement at times. Dreadlocks have come a long way here in England and all over the world, they are a major fashion statement and worn by many celebrities including famous musicians, footballers, actors, and actresses. 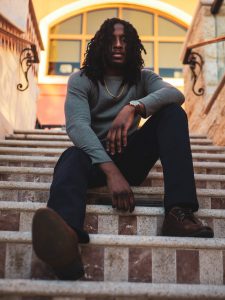 The demand for them is ever growing, so much so, that people these days are opting for fake dreadlocks or commonly known as faux lock’s worn by Erykah Badu in the 90’s and bad gyal Riri (Rihanna) in recent years. Also footballers like Alex Song looking super fly on the pitch rocking the popular style. Not to forget Snoop Dogg and the Marley’s, Ziggy, Damien and all the other siblings following in the footsteps of their mega famous father the one and only Bob Marley.  He definitely was a big influence to the Rastafarian movement in Jamaica back in the day where they wore them also.

As you know dreadlocks and natural hairstyles have been about for centuries and it looks like they will not be dying out anytime soon.

Look out for future editions as I will be discussing protective hair styling for Afro hair and Dreadlocks providing handy tips, so until next time…Peace, Love, and Light

Things You May Have Not Known About Afro Hair & Dreadlocks