We had the pleasure of interviewing heart-throb, actor and entrepreneur Simon Newton. The model-esq former bodyguard is the owner of a private security company and an actor, men’s health enthusiast, fashion icon, and fitness ambassador. After being a bodyguard to the stars, today Simon is furthering his career as an actor, and we cannot wait to see him on the big screen.

In this interview, Simon talks about his career as a bodyguard to the stars, becoming an actor, his love for fitness and plans for the future. Enjoy

• What inspired you to start your business, Askari Secure Ltd?

I had been working in London for almost two years before I started the business. I was being offered a lot of work, and I couldn’t be in more than one place at a time. That showed me there was a market for a new private security company. That was when I started Askari Secure. 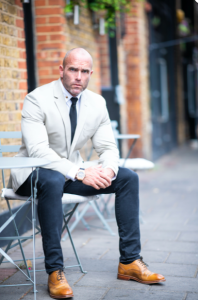 When I used to look after people working in London, I would typically dress according to the day’s activities, just as I would outside of work. I have always had a keen interest in men’s fashion, so I guess being reported in Vogue was a compliment for me.

It is often very hard work but also rewarding. You work long hours and often in stressful environments. The job can be good fun, though, and you get to meet lots of new people along the way.

Not so much a myth, but being around celebrities a lot, you get to see the real them. Everyone I have looked after go through emotions like everyone else, sleep, eat, laugh, cry, get tired etc. They’re still the same as everyone else outside of the sometimes stressful job of being a celebrity.

I started film work in 2010, working on the Green Zone Thriller starring Matt Damon. I was still a working bodyguard at the time, so film work and acting were more of a hobby. I decided to pursue a career in acting after completing everything I wanted to do in the Private Security Industry. In 2019 I decided to leave the industry and become a full-time actor. 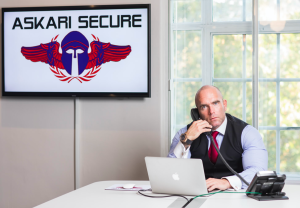 Yes, I have a few different projects, and I have several castings lined up. I’m currently co-writing a script for a movie with a London film producer and should be able to talk more about that soon.

I would think it would be Tom Hardy. He’s a phenomenal actor with a fantastic ability to act out an extensive range of characters. It would be great to one day do something with him.

It’s not so difficult for me these days. I have a good team in the office that takes care of business if I’m away casting, writing, or filming. However, I am still overall responsible for everything my team does a great job in driving the business forward in my absence.

I have achieved a lot in my life so far, but I’m only halfway through my adult working life. I want to be in a Bond movie at some stage in my acting career and possibly produce my own film sometime in the near future. 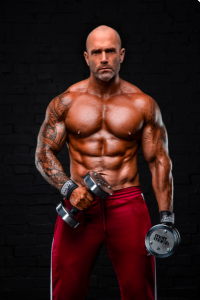 Repetition and consistency are key, never let up and keep it consistent and you will achieve the body you’re looking for. Diet and Fitness is a seven-day-a-week commitment to achieve physical greatness over several years. Nothing comes easy or quickly. You need to be ready to put in hard work for the long term. When you reach the place, you want to be it is definitely worth the hard work.

My biggest healthy habit has to be keeping fit. It helps me physically and mentally. Physical Fitness is great for my mental health and wellbeing. Another habit that helps me is I try to only eat junk food on a Sunday, and even then, I don’t overindulge. I try to only watch programs I can learn from, i.e., documentaries, when it comes to down television.

Never give up the fight.

I can achieve a lot in five months, so in five years, I hope to have been in many films with the security company three times its size today. I feel that’s achievable for me in that time frame. If everything goes as planned, I may even achieve a little bit more.

All photos courtesy of www.simonnewtonlondon.com

Allegra: What’s in Your Bag?

The best of British innovation lands at Mobile World Congress 2022

Cassa Jackson: Her Destiny Is Written In The Stars