We have been waiting patiently for the release of Queen Beyoncé’s musical masterpiece. The music mogul has been working on an artistic vision that will undoubtedly make her fans across the globe very happy.

After weeks of captivating visual snippets featuring cultural icons such as supermodels Naomi Campbell and Adut Akech alongside actress Lupita Nyongo, Beyoncé has finally dropped her highly anticipated visual album; Black Is King. It is a powerful creative piece honouring the black experience. 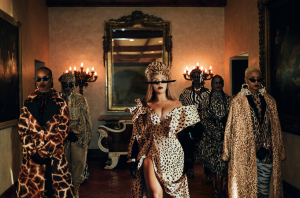 The Lion King: The Gift curated by Beyoncé for last year’s remake of the famous movie. The album also features Kendrick Lamar, Jay-Z, Pharrell, and the adorable Blue Ivy Carter.

The Beyhive has every right to stan for Beyoncé.

She wholeheartedly deserves every bit of praise she gets. We know to expect nothing but the best from her. She always delivers quality visuals on a level we have probably never seen before.

With costume design for the entire project lead by Beyoncé’s stylist, Zerina Akers, there are many incredible fashion moments. Zerina is also the curator and founder of the business platform Black Owned Everything. The hour-plus-long video gives us a visual feast to enjoy, and is not short of iconic looks from our favourite fashion industry powerhouses, including Burberry, Gucci, Marine Serre, and more.

We have listed some of our favourite looks on Beyoncé and the designers of the fashionable pieces.

Luxury That Doesn’t Cost The Earth.

Shoppers Should Plan For Black Friday!